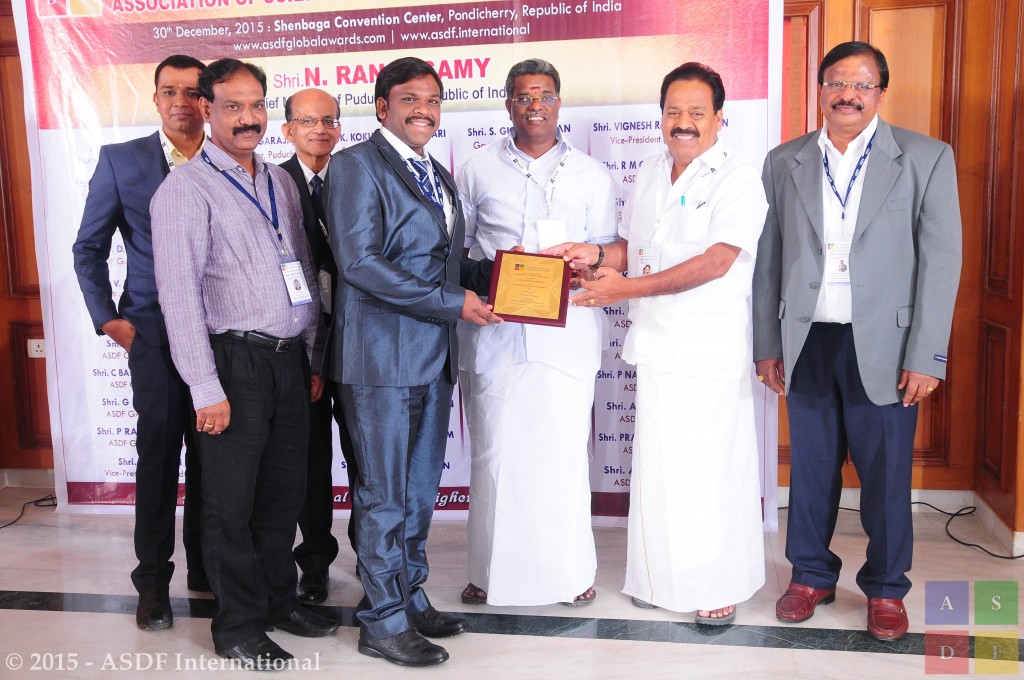 A S N Chakaravarthy, JNTU – Kakkinada received the Best Computer Science Faculty of the year 2015 award from the dignitaries of the 5th ASDF Global Awards 2015.