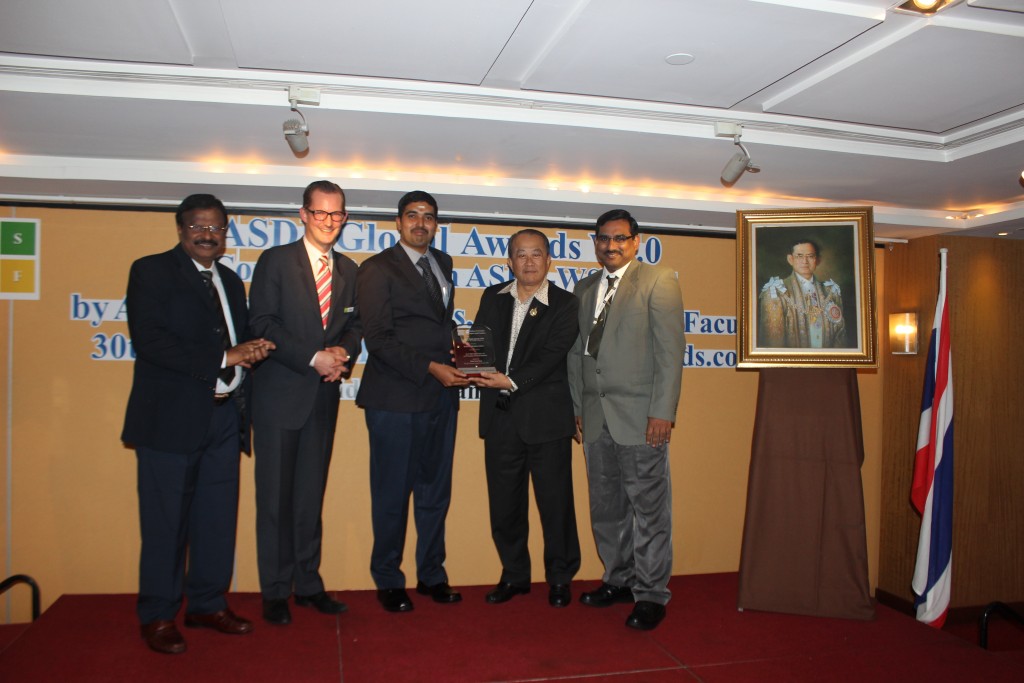 Dr. Kokula Krishna Hari K, International Secretary of Association of Scientists, Developers and Faculties receiving the memento from the Chief Guest for being as a part of ASDF Global Awards Ceremony of the year 2014.