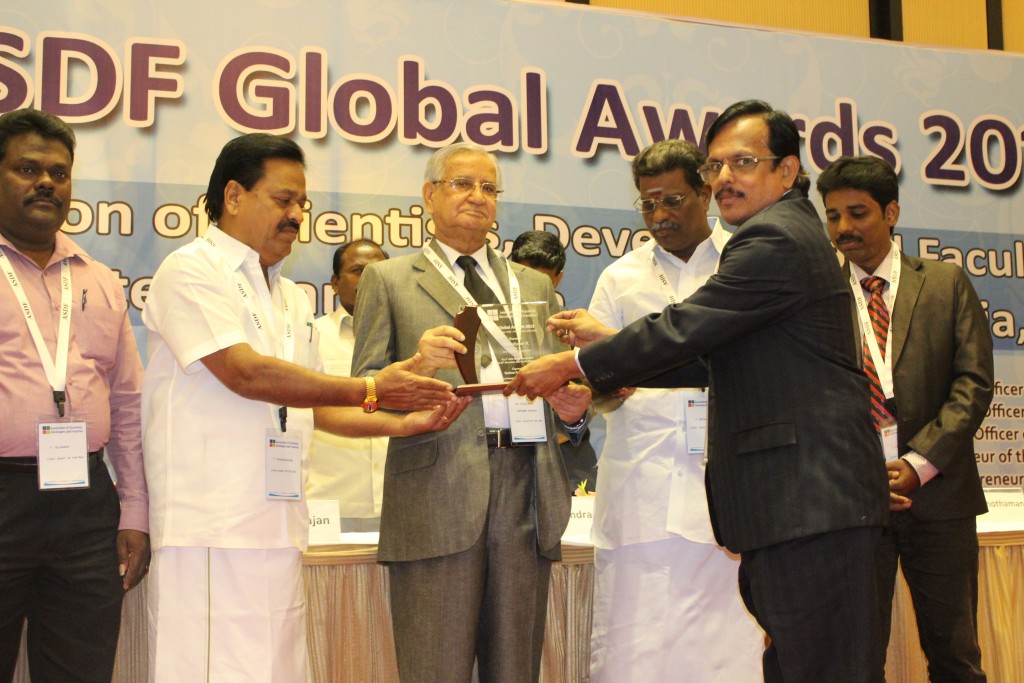 Ramaraj N, GKM College of Engineering and Technology, Chennai, India received the Best Academic Administrator of the year 2013 award from the dignitaries of the 3rd ASDF Global Awards 2013.