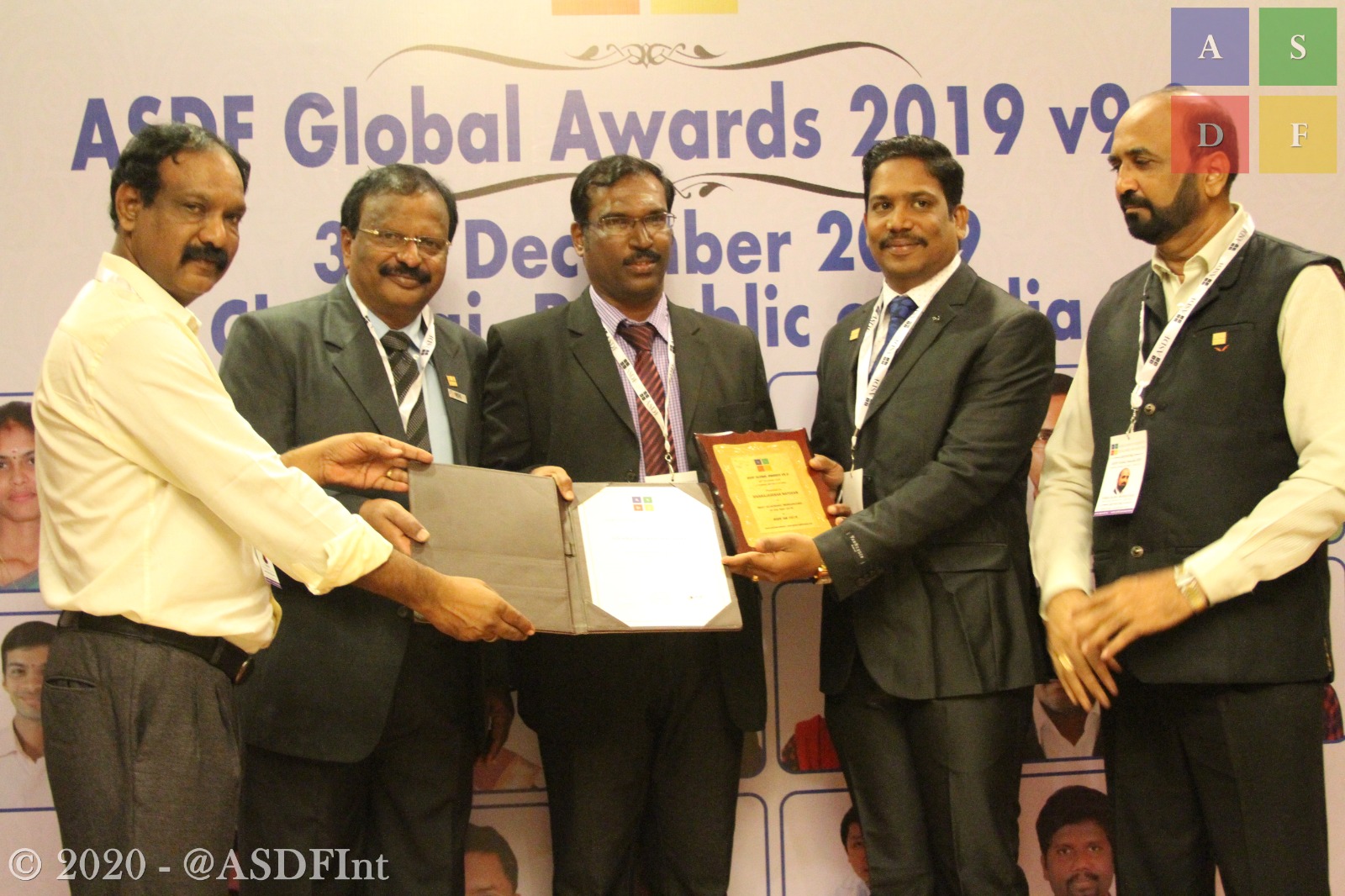 Sivarajasekar Natesan, Kumaraguru College of Technology, India received the Best Academic Researcher of the year 2019 award from the dignitaries of the 9th ASDF Global Awards 2019.