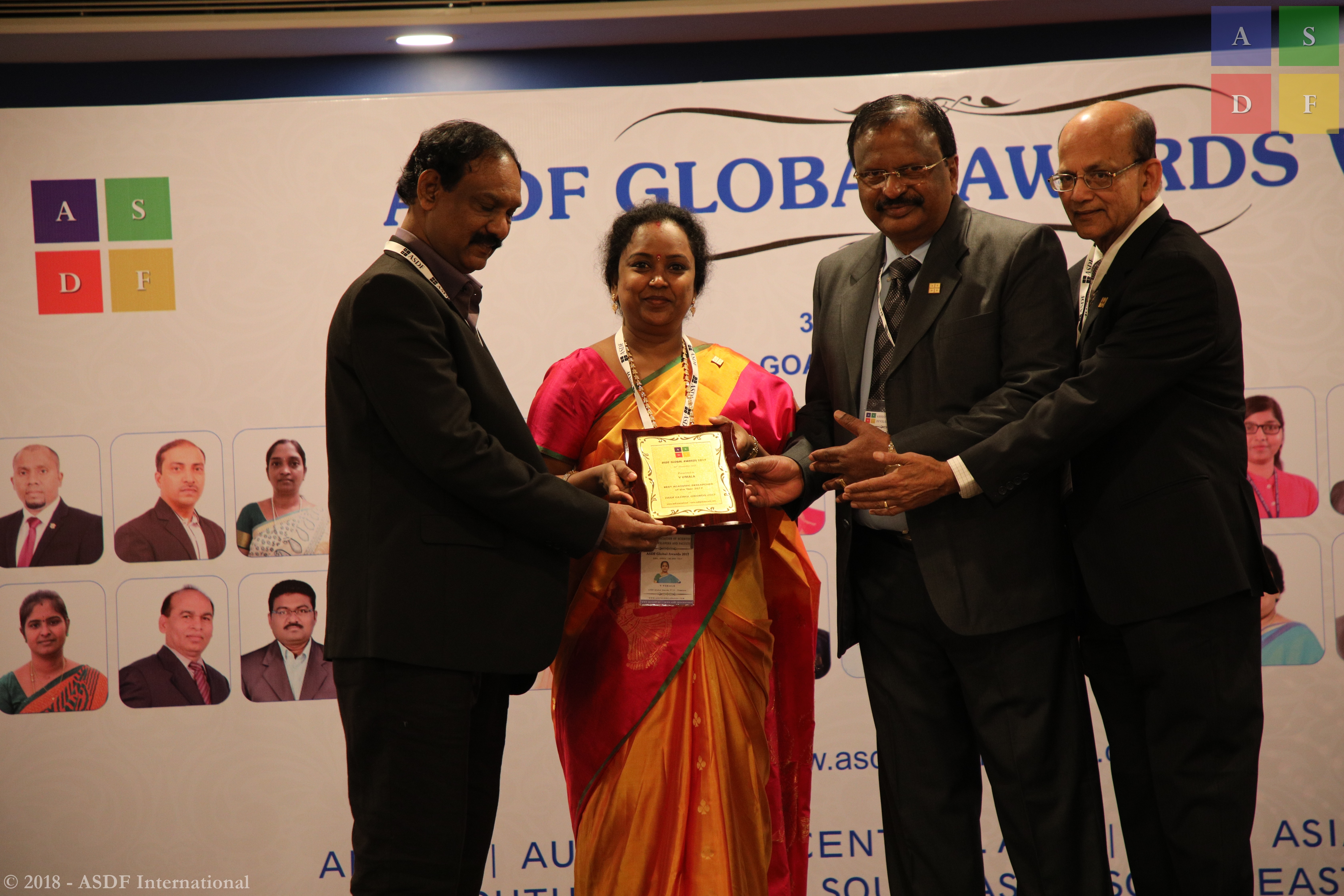 V Vimala, Avinashilingam Institute for Home Science and Higher Education for Women, India received the Best Academic Researcher of the year 2017 award from the dignitaries of the 7th ASDF Global Awards 2017.